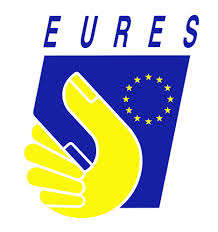 The purpose of EURES is to provide information, advice and recruitment/placement (job-matching) services for the benefit of workers and employers as well as any citizen wishing to benefit from the principle of the free movement of persons.

Launched in 1994, EURES is a co-operation network between the European Commission and the Public Employment Services of the EEA Member States (the EU countries plus Norway, Iceland and Liechtenstein) and other partner organisations. Switzerland also takes part in EURES co‑operation.

EURES provides its services to jobseekers and employers through its human network of around 900 EURES advisers and other staff in the EURES host organisations as well as via online service-tools available on the EURES portal.

* Due to missing indicators these countries are marked as red without considering the total number of points.

The figure for the population covered per EURES Adviser is obtained by dividing the total population of the country by the number of full-time equivalent EURES Advisers in that country. The EURES network is organised in different ways in each country. Services to end users are in many cases delivered also by other staff than EURES Advisers. Therefore this number does not necessarily reflect fully the effort of the Member State to implement the services.

The number of contacts with jobseekers per EURES adviser is obtained from monthly reporting of the EURES Advisers. Meetings, phone calls or email exchanges in which personal counselling takes place are considered as “contacts”.

The number of contacts with employers per EURES adviser is obtained from monthly reporting of the EURES Advisers. Meetings, phone calls or email exchanges in which personal counselling takes place are considered as “contacts”.

Launched in 1994, EURES provides high-quality information, advice and recruitment services for workers and employers, through its network of around 900 EURES advisers working in the Public Employment Services and the EURES web portal and IT systems. It is a powerful resource available to the EU for promoting geographical mobility.

In light of the current economic situation, the EURES platform and network were increasingly used in 2012 and could thereby actively contribute toalleviating labour market imbalances.

Jobseekers can register on the EURES portal to upload and publish their CVs. There are currently more than a million such jobseeker accounts.

Employers who register on the EURES portal can search for and contact jobseekers who have published their CVs. There are currently over 30 000 employers registered.

As from 2014 EURES will be reformed to further step up its matching and placement capacity and thereby support increased mobility and employment in Europe. Preparations for the roll-out of reform will be the key priority throughout 2013.

The EURES portal will be revamped. A new version of the CV Online application will be launched, which, together with considerable improvements of the “Search for a job” functionality, will allow for better matching between CVs and job vacancies.

The Single Market Scoreboard devotes particular attention to the exchange of best practices among Member States. All Member States are invited to share their initiatives for reducing their transposition deficit or improving the settlement of infringement proceedings.

We use cookies to ensure that we give you the best experience on our website. If you continue to use this site we will assume that you are happy with it.Ok